More than 700 tiles cover the Church walls interiors. A mystic place where history and devotion blend together in a special atmosphere.

The Madonna del Bagno sanctuary is located in the small village of Casalina, about two kilometres outside Deruta going towards Todi. Its origin is strictly tied to the veneration given since the mid-17th century to a fragment of majolica bearing the image  of the Madonna and Child, found by chance by a peddler, who, instead of throwing it away, fastened it to the trunk of an oak. A few years later, in 1657 to be precise, he returned to this place to pray to the Holy Virgin, asking her to restore his dying wife back to health. Because the woman was healed, the sacred image became an object of veneration for its miraculous power, and people afflicted by all kinds of ailments began to go there to ask for grace and to leave their votive offerings on the tree.

Thus in September of that same year construction began on the sanctuary, which was built around the oak with the miraculous effigy. Opened in the spring of the following year, it was dedicated to the Madonna del Bagno, from the name of the area, the Colle del Bagno.

Soon the potters of Deruta began to produce ex-votos for the faithful to offer to the Blessed Virgin, illustrating them in a great variety of ways, but always with the effigy of Our Lady among the oak branches. Thus in over three centuries over seven hundred tiles have been collected, decorated in the typical colours of Deruta ceramics from the period of its greatest splendor. All together they constitute an important document of folk customs and religiousness, creating an extraordinary repertoire in images of the exceptional calamities and everyday dangers faced by the local people. 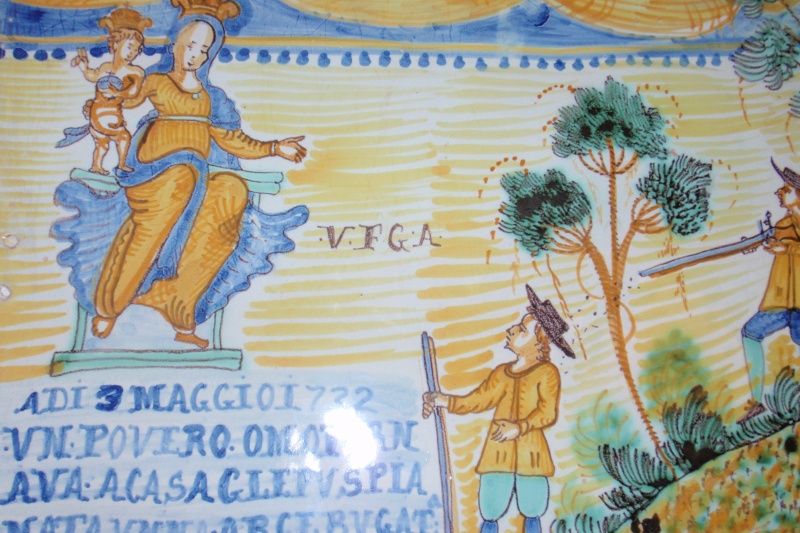 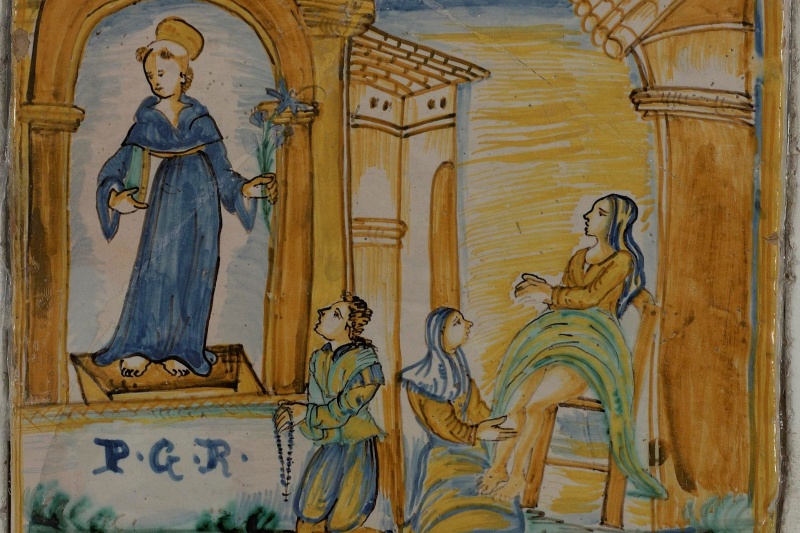 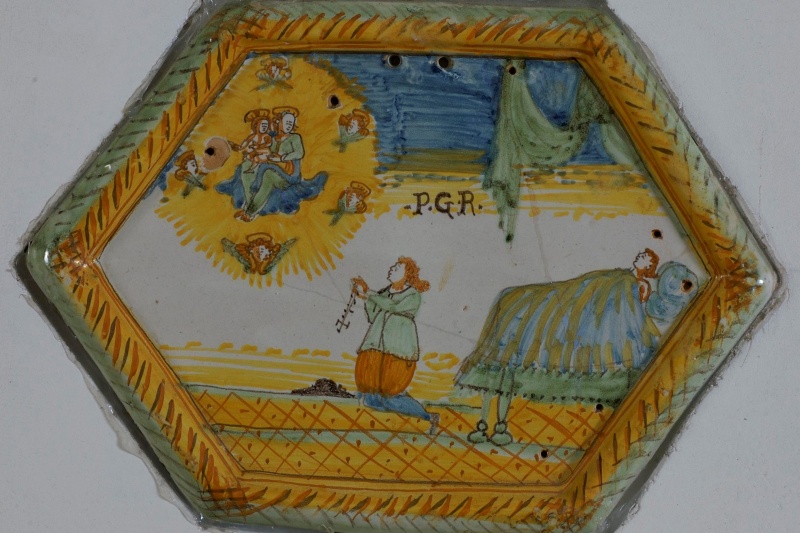 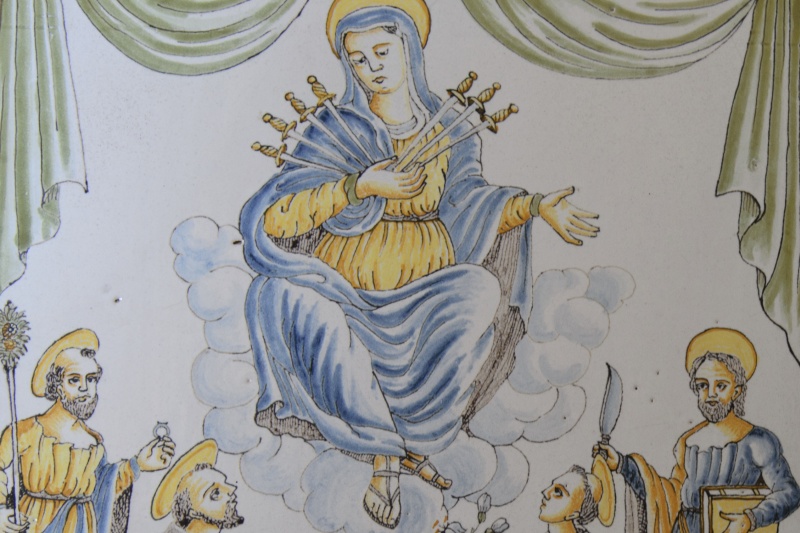 I understand and accept